What you should know about Mexican suppliers

Are you considering contract manufacturers in Mexico? We’ll help you with that.

Mexican suppliers can be an absolute pleasure to work with – reflecting the best of Mexican culture, they are genteel, friendly, courteous, sociable, and are less prone to trying to trick you with fake products or to finding some way of cheating you. That’s not to say that cheating doesn’t happen, it does, but at a lower level. Then again, this is going to be a risk no matter where you go. Generally Mexican suppliers are less aggressive and competitive than their overseas counterparts, in particular China. Whereas the Chinese suppliers have embraced every form of technology to reach foreign customers, Mexican suppliers are more ‘old school’ and have been slower on the technology uptake. They would prefer telephone calls and face to face business meetings rather than emails and Skype sessions (believe me, Skype is still a new technology for many in Mexico); they would prefer cash payments to online payment platforms, and they would prefer print catalogues and pamphlets rather than online stores and directories. It’s only the very large suppliers, or those who belong to foreign companies, who have adopted more tech-based ways of working and have an international outlook. In fact this slow rate of ‘technologification’ reflects the general state of Mexico, not just the manufacturing industry – studies by EuroMonitor International and the Mexican Internet Association found that only 2% of retail is done online, and that while more than half of Mexico’s population over 6 years old use the Internet, only a quarter use them to make purchases. Businesses and consumers also distrust the security of online transactions or mobile devices and prefer being able to see exactly what and who they’re dealing with. Here are some additional tips for how to work with Mexican suppliers:

In Mexico personal contact is everything – it’s the main way of getting suppliers and any Mexican for that matter to trust you. Send the supplier a preliminary email, but be sure to pick up the phone and have a chat with him/her. The supplier will use this call as their way of verifying who you are, the seriousness of your request (because they do get many fake requests), and whether they should trust you. Remember, you have to make them interested in you just as they have to make you interested in them.

These days all suppliers have certificates from ISO, UL or some other certification body. Just like university degrees do not indicate a person’s capabilities, these certificates are not the true measure of what suppliers can actually do. You need to visit the suppliers and check their facilities, equipment, personnel, management, financial stability, quality systems, previous work, and whether they can accommodate your production requirements.Impressions matter a lot in Mexico. Suppliers have a clear preference for big customers and are not going to bother with you if they think you or your product order are too small for them. They’ll think you’re not going to be worth their time, resources or effort especially if they have to invest in new technologies or machinery, or have to reconfigure their production processes. To get around this, sell yourself. Make yourself sound larger than life. Share a grand business vision, say that you’ve got a big international client base and have lots of staff working for you, and most importantly, that you expect to be placing bigger orders in future (you can say that you’re starting small at this moment but want to test the supplier out). The key is to make the supplier feel that they’re going to get something out of working with you. You may even want to consider offering commissions, bonuses or profit-sharing as added incentives for them. Here’s an example of how a hardware startup got a Chinese supplier on board-the same principle works everywhere in the world. Check out: Manufacturing hardware in China from scratch: Q&A with Liam Bates, Co-founder of Origins Technology

Bear in mind that Mexican suppliers are technical people and English is their second language, so keep it simple when you write or speak to them. Avoid long sentences and flowery language. Be specific with your requirements and straight to the point.

Bear in mind that Mexican suppliers are technical people and English is their second language, so keep it simple when you write or speak to them. Avoid long sentences and flowery language. Be specific with your requirements and straight to the point.

Mexican suppliers can be quite reluctant in putting their product lists and catalogs online or even giving them to customers. This is because they’re worried about competitors copying or undercutting their business. Hence when you ask suppliers if you can see a product list or catalog, don’t be surprised if they refuse and instead insist that you provide them with the exact specifications of the product you’re looking for so that they can tell you whether they have it.

Mexicans are more comfortable working with fellow Mexicans. With you they’ll be polite and, it being the Mexican way not to refuse or disagree with guests, they’ll say yes to everything you say even if they know they can’t deliver or have some concerns which they’re unwilling to share with you. That’s why you should have a local on hand who can help mediate your exchanges with the supplier, tell you exactly what is going on, and ensure both parties understand one another. 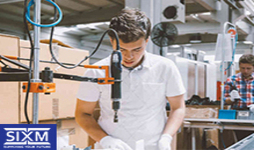 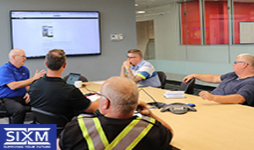